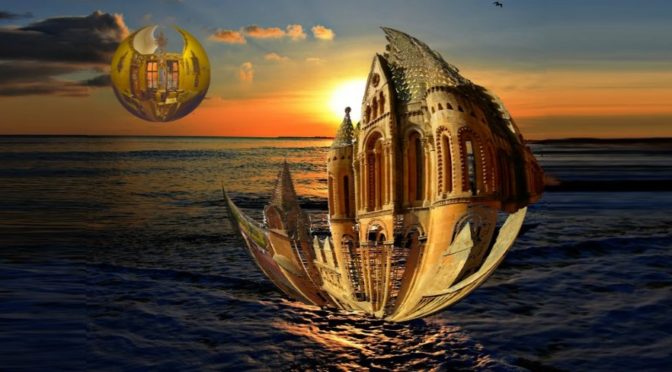 Bruce Macfarlane is a retired Health Physicist living with his wife just a few minutes’ walk from the sea and is the author of the Time Travel Diaries of James Urquhart and Elizabeth Bicester.

With a life of writing scientific reports and reading early science fiction, especially the genre of time travel such as the works of Anderson, Simak and Wells encouraged him to start writing his own novels.

When he’s not writing, he runs the Bognor Regis Rambling Club and walking on the South Downs trying to remember all the names of the flowers and mushrooms his wife has identified. However, if it’s raining, he’s often found in the spare room or “shed” as his wife calls it, trying to master new jazz chords or trace the origins of King Arthur.

He has also created illustrations for his books . You can see them some of them on DeviantArt along with his photos of the sunsets and and sunrises at Aldwick.