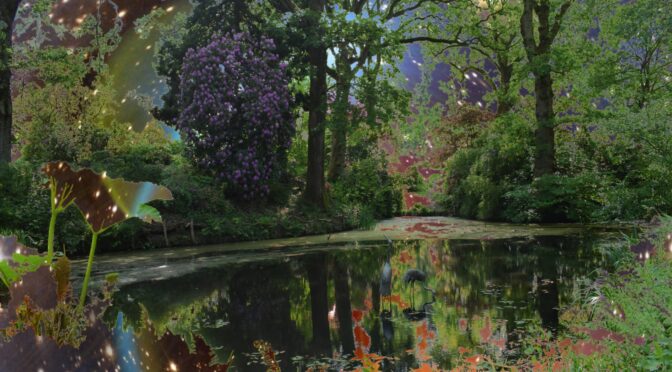 It is set in the year 2020, five years after they first met and centres around them listening to a recording of their first encounter in 1873 at a cricket match at Hamgreen.

A Synopsis of the Butterfly Effect

In 2020, James Urquhart, science lecturer, is living happily in Chichester with his wife and time travelling companion, Elizabeth Bicester, a Victorian graduate.

One evening they decide to listen to how they first met using a strange device given to them by H G Wells which has recorded their lives together and conversations.

The device begins narrating how James in 2015, whilst taking a photo of a butterfly, passed through a fracture in space-time and arrived at a cricket match at Hamgreen in 1873 where he meets Elizabeth and her sister Flory.

Not realising they are in different times their meeting doesn’t go well. However, once James has slipped back through the fracture to 2015, Elizabeth discovers James has left his phone.

Using it, they manage to contact each other and after a number of confusing meetings, realise they are from different times.

As they listen to the device, they swap banter with each other on their chat up skills, but notice the recording is now deviating from what they remember.

They then hear the device record that Elizabeth decided not to remain in 2015 with James and returned to her home in 1873.

As they try to understand why the device recorded this, they receive a phone call from H G Wells who tells them they are listening to themselves in another timeline.

Wells tells them they must contact Elizabeth in the other timeline and persuade her to return to her James in 2015 because if she doesn’t, it may affect their own timeline and they may lose each other as well.

Wondering how to contact her, James’ phone rings and Elizabeth in the other timeline answers. They quickly tell her what has happened and the consequences of her not returning but they lose the phone connection.

Not knowing what to do they decide to listen to the device again and with relief hear Elizabeth return to James in 2015 and recount what she has heard. They then hear James’ sister, Jill, who knows James and Elizabeth fancy each other, successfully persuade Elizabeth to stay.

Believing they are safe; Elizabeth reminds James that if it wasn’t for that butterfly they may never have met.

To his surprise she says it first appeared in her bedroom and she took it to the Cricket club for amusement and only released it when she took pity on it.

The Butterfly Effect is available on Amazon